As a church, we are a family of people who use their gifts and abilities to serve one another and glorify God. All of our regulars are involved in the ministry of our church in some way.

We do, however, have the privilege of having some employed staff at our church. This page aims to introduce them to you so you will at least recognize a few friendly faces when you come to visit us! 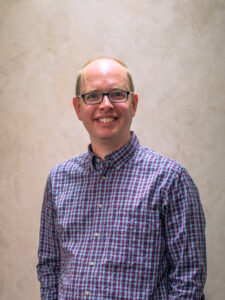 Simon has been a pastor at All Nations since 2007, after being a member and intern for a few years before that. Prior to serving in full-time ministry he worked as an industrial chemist. He has had the wonderful privilege of growing up in a Christian home, and trained in ministry through the local church, a Christian university group, and Trinity Theological College in Perth. Simon is the main preacher and teacher at All Nations, and also has responsibilities in the areas of pastoral care, training and ministry oversight.

Simon is married with three boys. Although his name and photo suggest he might speak with a strong Dutch accent, he was born in Perth (unlike most of the congregation). He loves this congregation and has a passion for teaching God’s Word in many different ways so people can see the truth and wonder of the gospel of Jesus. In his spare time he enjoys reading widely and spending time in his garden, especially among his fruit trees and vegetables. 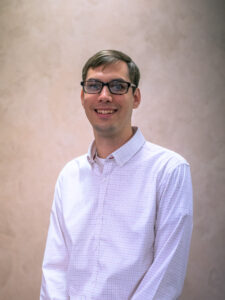 Tim was born into a Christian home, and God graciously used the faithful teaching of his parents and church to save him at a young age. Over the years, Tim continued to grow in his faith through his involvement with the local church, a Christian summer camp, and a reformed university ministry.

Tim became a member of All Nations in 2012, when his work as a civil engineer first brought him to Perth. In 2015, Tim switched career paths, and began his studies at Westminster Theological Seminary. Four years later, Tim joined the staff at All Nations, first as an intern and now as a pastor. Tim loves helping people (including himself) understand more clearly the depths of God’s grace to us in Jesus and the difference this makes for our lives. He is especially responsible for overseeing the young adults, youth group, and discipleship ministries and is regularly involved in preaching and pastoral care.

If you ever speak with Tim, you will quickly realize that he is not a native Aussie. Instead, Tim grew up in the United States. He and his wife with their young daughter enjoy reading, going to the park, or just relaxing together. 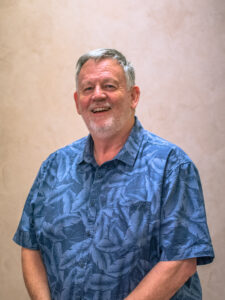 Gordon has been on the staff of All Nations since mid 2013 after serving in a range of Christian ministries and churches for many years. He came to know the Lord later in life on his first visit to a country church, and trained in ministry in many different churches and Trinity Theological College in Perth. Gordon co-ordinates our English outreach ministry and has responsibilities to help with the pastoral care of our congregation.

Gordon is married with a married son and two grandchildren. He too is an Aussie unlike much of the congregation. He is especially passionate for explaining the gospel to those who have never heard it before.